< back to case studies index

A great addition to casual dining in Soho.You will find this appealing little place located in London’s iconic Dean Street, in Soho. Prix Fixe is fast forming a reputation as the eatery loved by locals and those in the know, for its affordable, yet original French influenced modern European cuisine

Having worked closely with the owner over a period years. The opportunity to be involved in the launch of a new concept restaurant  was offered to Tidal. We started with researching and devising a 'mood' and 'direction' for what the brand offering would be as various sites and locations were being considered and offered to the cleint.

Prix Fixe is french for 'set menu' and we believed this would be the basis of the customer experience. We took traditional french infleunces but added the twist of a contemporary style to it. With the Famous Moulin Rouge being a element of the friendly and warm ambition and approach within the art direction. We worked closely on the interior and exterior overhaul with the client on a tight budget and and as ever demanding schedule. From there we have supported the full 'turn-key' solution rolling out all communication tools including website and all advertising through the launch period and still on-going support.

4 years later and still going strong . . this brasserie has now developed a loyal customer base and ever returning Soho crowd as well as many happy tourists passing through London  . . . A great addition to casual dining in Soho. 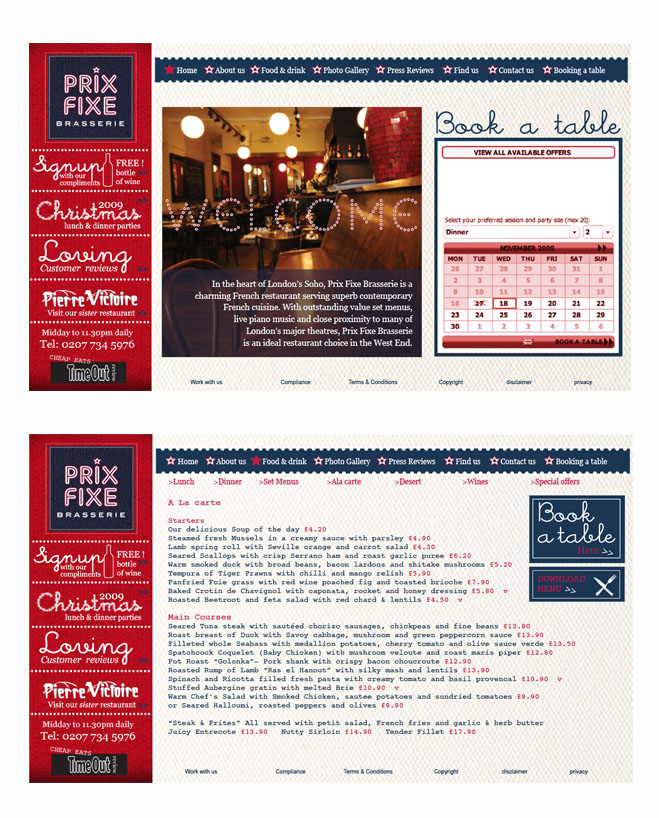 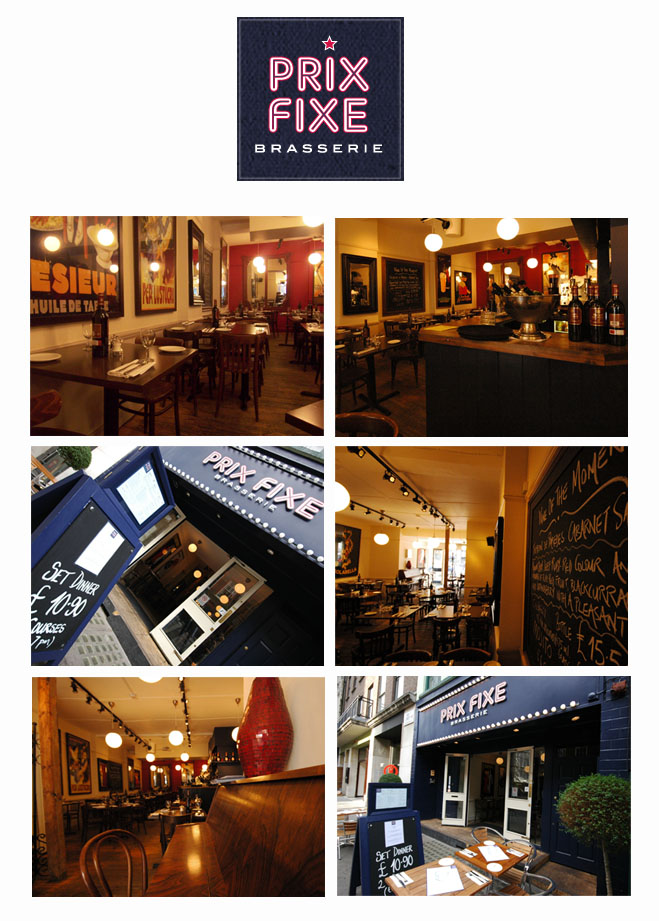 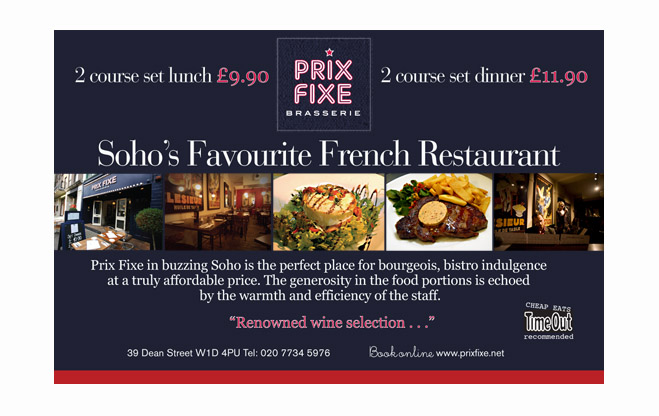 go back to top